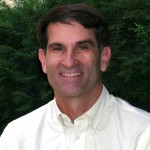 According to the Salon.com article, “Abandoned homes are the future: Imaginative ideas turn blight into beauty,” vacant property renaissance is a technique that cities are using to fight back to establish a revitalized urban landscape. Land banks, at the center of this renaissance, are a “city authority that can take control over thousands of abandoned homes and turn them into something the community needs, housing or otherwise.” Several states have enacted the land bank concept in the past two years. “City and state officials, nonprofits, developers and others have gathered at a series of conferences to discuss land banks and other methods to deal with vacant properties.” Joe Schilling calls that growing audience a “movement.” He states, “There’s a lot of innovation and workaround.  A kind of entrepreneurial spirit is a common theme among conference participants and folks who have to work on vacant properties.”

The issue of land bank property distribution policies are argued by land bank proponents and opponents alike. “Professor Schilling thinks those policies will pay off down the road.”  Says Schilling, “I envision those communities having a very high quality of life, lots of green space. They may be more resilient than many of the fastest-growing cities today.”