A Conversation with Michael Pagano

VPRN recently spoke with advisory board member and University of Illinois at Chicago professor Michael Pagano about why some cities welcome vacant land, what intrigues him about land banking, and how urban greening reminds him of the early 20th century progressives. Below is an excerpt.

For a lot of policymakers, an automatic response to a vacant lot might be the desire to get the property back to producing taxes for the city. What’s wrong with that response? 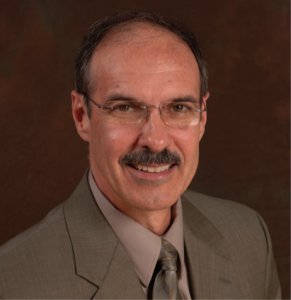 To accelerate the placing of a vacant land back on the tax rolls may be an unwise move because there may be a better use if some time can go by. I think that when we think of vacant land, one thinks of vacant land as more the dilapidated structures, the abandoned lands, and not in transition, not just sitting fallow. That’s not always the case for vacant lots. The context matters. We need to think about vacant land in terms of a broader strategy for economic development that the city has in mind or the strategic vision that the city has for a particular area of a city. It might be that vacant land ought to remain a pocket park, a small green space in a neighborhood. It may have the effect of bolstering the land values around it. Transforming a vacant lot, or placing a vacant lot back on the tax rolls as an immediate priority for an elected official is really a contextual question. It really depends on where the city is, where the vacant lot is, and what the city has in mind for that area in terms of land use and zoning areas.

What did you learn from Terra Incognita, your 2004 book about vacant land strategies that you wrote with Amy Bowman?

The book’s now been out for 10 years, but it was based on data that we collected in the late 1990s. At the time cities were looking at how to convert vacant land into something more productive, or how to avoid abandonment. We started asking, well is this a big problem? We were starting to see the closing down on heavy manufacturing in particular was leaving these large swaths of land that looked really dreadful. And, depending on where you live, you’d say, “Vacant land is awful. This is a terrible thing. It was symbolic of decline and everything else.” And we said, “Okay, that’s true, but is it pervasive, and actually how much is there of it?  Is it worse now than it had been in the past?”

We realized that there hadn’t been a survey that could really measure how much vacant land there was in cities since the late 1960s. Any assessment of vacant land as a bad thing was really very idiosyncratic. Most of it came from either policy people or scholars who were located in a city that had a lot of vacant industrial land, or abandoned steel mills.  We conducted this nationwide survey and were surprised at how cities understood the possibility and prospect of vacant land conversion or reconversion. It really depended on the growth, the level of sprawl, the opportunities for incorporation, and the viability and prospects for certain neighborhoods.

One of our rather startling conclusions was that vacant land really could be a harbinger of bad things to come or a harbinger of good things to come, depending on the city, the location of the vacant land, and what the city had in mind to do with the vacant land. So we focused on three cities that were quite different: Philadelphia, Seattle, and Phoenix. If there is a single understanding of what vacant land is, Philadelphia’s vacant land is probably closer to that than any other. But then there’s Seattle that would love to have vacant land so it could design a development approach. Then there’s Phoenix that can annex to the end of the world. They looked at vacant land as an opportunity for empire building and annexation.

When you start defining vacant land in common terms, land that is unused or doesn’t have any structure, you realize that that can mean anything from the desert in Phoenix to the abandoned ship yard in the warehousing section of Philadelphia. The policy approaches of these are quite different. I think that what we provided in Terra Incognita was a first base line look at the scope and size of vacant land and abandoned structures across cities in the U.S. One of the estimates we generated from the survey was that about 15 or 16 percent of cities’ land is vacant. Well, is that bad or is that good?  Well, it depends on where you are. But, it was almost the exact same amount of land that was vacant in the original survey of the late 1960s. In 30 years, the proportion of land to a city’s land mass had not changed much.

Do you think it’s the same percentage today?

It certainly has moved. I am guessing it has increased because of housing prices, but that might just be temporary.

What are exciting urban economic development plans or tools in the U.S.?

I am intrigued with the land banks in Cooke County that Frank Alexander has been instrumental in helping to set up. Vacant land in Cooke County is not homogenously distributed across the landscape. It’s fairly concentrated in particular areas so it’s not a citywide problem. It’s a neighborhood specific problem. I don’t see that land banking requires that land to be put back on the tax rolls but it could be to be put back to use as a park or public purpose to help guide and direct the economic development of a particular piece within the larger city. I find that to be very intriguing. I think it’ll generate a lot of dissertations.

What patterns are you seeing as an editor of Urban Affairs Review that surprise you?

One of the interesting parts of UAR is the submissions are so eclectic that there’s not really a theme or trend that comes through. I’ve learned an awful lot about voting, polling, neighborhood composition, changing demographics and racial concerns. There has been very little on vacant land. Interesting pieces are coming out primarily from planners and geographers on green space. It reminds me of the reformers, progressives of the late 19th Century, who were clamoring for green space, but it was green space for health purposes.

One of the greatest studies on green space was done on the city of Pittsburgh. It was a census of the amount of outdoor space that people, especially children, would have access to if they lived in certain neighborhoods of the city, especially by the steel mills. To have a playground or space, other than the streets, where children could congregate was almost unheard of.

I’m seeing this trend come back with planners and geographers in particular, trying to integrate green space into plans of neighborhoods and municipalities. Chicago doesn’t have an awful lot of green space. But maybe it’s not such a bad thing that there’s a lot of vacant land in certain neighborhoods. Maybe by taking title to some of those vacant lands and pulling them together into something much larger than a pocket park you could provide the green space that a neighborhood needs.

What book are you reading right now?